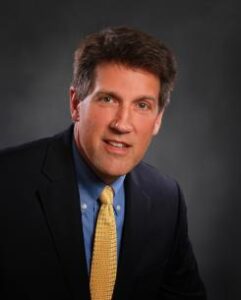 Mark Bergstrom was appointed Executive Director of the Pennsylvania Commission on Sentencing in April 1998.  The Commission is an agency of the General Assembly, charged with assisting in the development, maintenance, and coordination of effective, humane, and rational sentencing policies, as well as parole and correctional practices in the Commonwealth.  As part of its responsibilities, the Commission is required to adopt guidelines for sentencing, resentencing, parole, and recommitment, and to monitor compliance with these and other statutory provisions.

Mr. Bergstrom has served as a State Sentencing & Corrections Associate with the Vera Institute of Justice, providing technical assistance to more than a dozen jurisdictions on sentencing and corrections reforms. He has worked with federal and state courts, sentencing commissions, and national organizations, to develop and promote better practices in structured decision-making, data management, risk assessment, and program evaluations. He is the 2019 recipient of the Richard P. Kern Memorial Award, presented by the National Association of Sentencing Commissions for contributions to the development of sentencing policy and research. In his home community, he serves as Chair of the Police Civil Service Commission, and has led special committees empaneled to study the use of Tasers and the establishment of a Community Oversight Board.

Mr. Bergstrom previously served as Associate Director of the Commission; as an Intermediate Punishment Specialist, a position jointly funded by the Commission on Sentencing and the Pennsylvania Commission on Crime and Delinquency; and as a Probation Officer and as Director of the Office of Volunteer and Community Services for the Court of Common Pleas of Lancaster County (PA).  He received a B.A. degree in Psychology from Millersville University of Pennsylvania and a Master of Public Administration (MPA) degree from The Pennsylvania State University.